The third Raucous Reflectory will take place on Thursday 22 October where the provocation will be: "Our reliance on technology within our ‘New Normal’ world will be a game-changer for artistic collaboration." 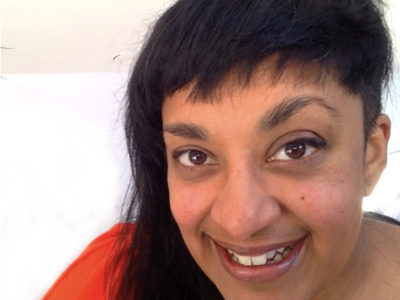 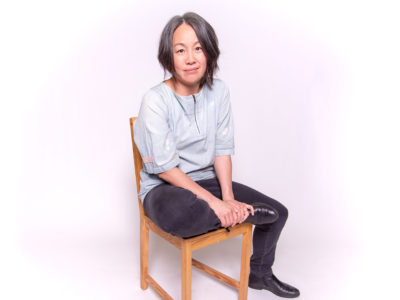 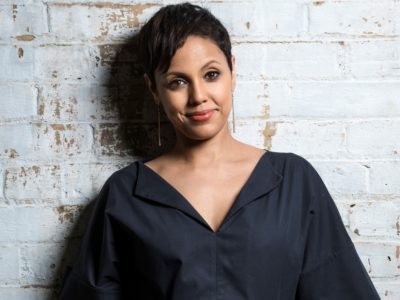 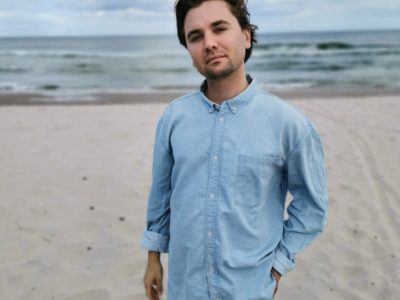 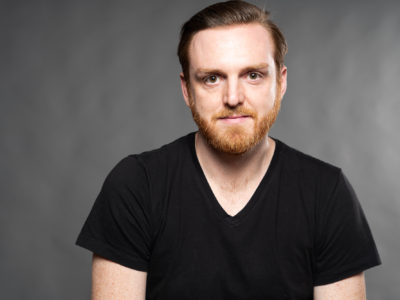 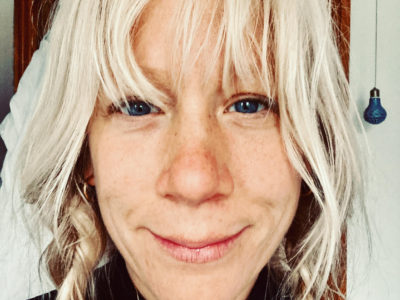 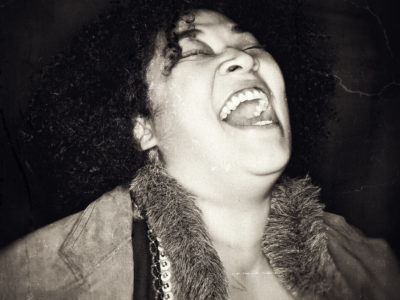 I am a director, dramaturg and sound designer working across theatre, screen, digital sound and more recently, video games. I am co-Artistic Director of Sleepdogs, a curiosity-driven collaboration with writer and composer Tim X Atack, making work that ranges from existential sci-fi theatre to electro-pop albums made entirely from field recordings. I am currently an Industry Fellow on the Bristol & Bath Creative R&D Expanded Performance research programme, exploring the potential of new technologies on the future of theatre. I’ve worked with playwrights and artists including Danusia Samal, Raucous, Improbable, Selina Thompson, and Chris Thorpe & Rachel Chavkin; and my work has been commissioned and presented by venues/contexts including the National Theatre (London), Bristol Old Vic, Seattle International Film Festival, English Heritage, NexT International Film Festival (Bucharest), and Sura Medura (Sri Lanka). I’m interested in making art that fires up people’s imaginations, that goes deep emotionally, and that refuses to simplify human experiences or potential. Unashamed sci-fi fan. Enthusiastic proponent of Sri Lankan home cooking.

You can watch my recent talk for Pervasive Media Studio here: Breaking theatre is more fun than making theatre.

Maiko Yamamoto is a Vancouver-based artist who creates new, experimental and intercultural works of performance. Many of these works are built through a practice of collaboration and include theatre projects, public art works, and performance installations.

Since 2003, Maiko has been Co-Artistic Director of the Vancouver-based performance company, Theatre Replacement, founded with James Long. With the company she has created over 20 new works, many of which have toured to festivals and venues around the world.

In addition, Maiko teaches performance and mentors artists for a range of different companies and organizations, both in Canada and abroad. She also occasionally works as a curator and writes about performance for a variety of publications. She holds a BFA in Theatre from Simon Fraser University’s School for the Contemporary Arts, and a Masters of Applied Arts in Visual Art from Emily Carr University of Art + Design. Maiko is the 2019 recipient of the Siminovitch Prize in Directing, with James Long.

Weyni Mengesha is the Artistic Director of Soulpepper Theatre Company and an award-winning director, known for her groundbreaking work and community engagement. Weyni has directed shows across Canada that have gone on to tour nationally and internationally, and have been developed into television shows playing on CBC, Global, and Netflix. She has also directed in London, New York, Los Angeles, garnering a NAACP nomination for Best Direction as well as multiple Dora nominations and awards for Outstanding Direction. She has been an instructor at the National Theatre School of Canada, and was Co-Artistic Director and teacher with A.M.Y Project for 7 years. In 2017, Weyni was named one of the Women In View’s “Five in Focus” identifying five rising film directors across Canada. She was recently named one of the 50 most influential people in Toronto by Toronto Life Magazine.​

Johan Bandholtz is currently working on an explorative choreographic project centered around contemporary dance and choreography and digital technology such as VR and motion capture. His background is within both the performing arts as well as academia within the fields of psychology and humanities. He has a Bachelor of Fine Arts in Dance and Performance from Stockholm University of the Arts at the School of Dance and Circus. He also holds a Bachelor of Medical Science in Psychology from the Karolinska Institutet and a Master of Arts in Gender Studies with a specialization in Gender Politics in Practice from Södertörn University. He lives and works in Stockholm Sweden and combines his artistic practice together with freelance work giving lectures and working with young people. His current goal with his artistic practice is to continue to explore how dance and digital technologies can inform each other using a choreographic as a platform for an exploration that is both curious and critical.

Frank Cox-O’Connell is an award-winning theatre director and actor from Toronto. With his longtime collaborator Evan Webber he created Other Jesus, Ajax and Little Iliad, productions that toured Canada and internationally, including The Vienna Festival, TPAM Tokyo and The Brisbane Festival. Recent directing credits include Fool For Love (Soulpepper), Romeo and Juliet (Canadian Stage) and the theatrical concert Audible Songs From Rockwood (Fiver). He is a regular collaborator with Public Recordings, Small Wooden Shoe and Soulpepper Theatre, and he has performed in over 40 productions with Canada’s leading performance companies. Frank used to be the drummer in the Toronto rock group Boys Who Say No. He is a graduate of The National Theatre School of Canada and the Soulpepper Academy under his mentor Daniel Brooks.

Caroline Williams’ ongoing practice is to explore how the dramaturgy of reality can activate conventional theatrical forms. With a background in social and environmental activism, her work is often in dialogue with current political issues, for example the semantics of screens in relation to the war in Syria (Now Is the Time to Say Nothing, extensive touring 2018/19 produced by MAYK), multiple deaths in police custody in East London (You Do Not Have To Say Anything, The Yard Theatre) or the relationship between loneliness and technology (Can You Hear Me Now –British Council/ MAYK). Using personal narratives, she works to find a performative language that can most powerfully communicate the heart of these stories. At the core of Caroline’s work is a passion for people who wouldn’t consider themselves artists to create powerful works of art. Caroline’s work has ranged from a flash mob opera in the British Museum (Millions of Years, ENO) to a one-on-one installation-performance inside a cardboard box performed by migrants (Make Yourself At Home, Nuit Blanche Brussels).

Reneltta Arluk is an Inuvialuit, Dene and Cree mom from the Northwest Territories. Reneltta is Director of Indigenous Arts at BANFF Centre for Arts and Creativity and founder of Akpik Theatre, a professional Indigenous Theatre company in the Northwest Territories. Reneltta has taken part in or initiated the creation of Indigenous Theatre across Canada and overseas. Reneltta has written, produced, and performed various works focusing on decolonization, climate change, and using theatre as a tool for reconciliation. This includes her latest work, Pawâkan Macbeth, a Plains Cree takeover of Macbeth. Pawâkan Macbeth was inspired by working with youth and elders on the Frog Lake reserve on Treaty 6 territory. Reneltta is the first Inuk and first Indigenous woman to direct at The Stratford Festival. She was the recipient of their Tyrone Guthrie - Derek F. Mitchell Artistic Director's Award for her direction of Colleen Murphy’s The Breathing Hole.

Donna-Michelle St. Bernard aka Belladonna the Blest is a playwright, emcee and agitator. Her playwriting work, the 54ology, includes: Cake, Sound of the Beast, A Man A Fish, Salome’s Clothes, Gas Girls, Give It Up, The Smell of Horses, and The First Stone. She is artistic director of New Harlem Productions, and editor of the Playwrights Canada Press anthologies: Indian Act and Refractions (with Yvette Nolan). Her work has been recognised with a CATR Patrick O’Neill Award, Herman Voaden Playwriting Award, Enbridge PlayRites Award, and Dora Mavor Moore Award for Outstanding New Play, she has been nominated for the Siminovitch Prize, a SATA, META, and two Governor General’s Literary Awards. DM is currently the associate artist at lemonTree Creations, emcee in residence at Theatre Passe Muraille, coordinator of the AD HOC Assembly and of Nightwood Theatre’s Write From the Hip program. 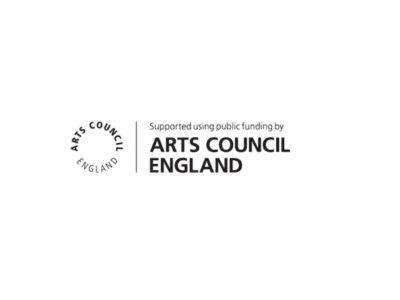